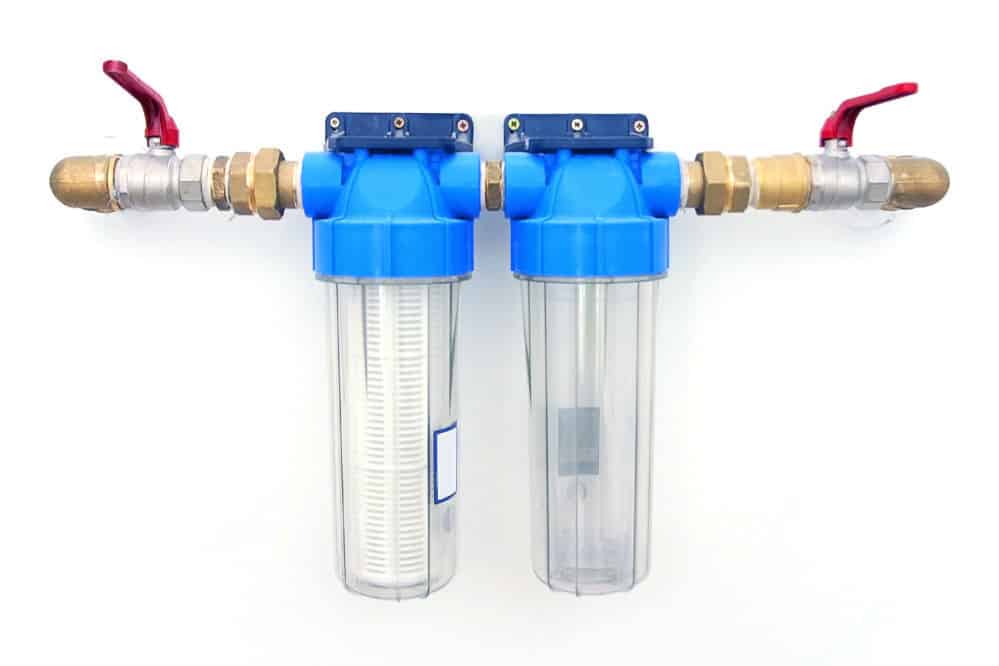 Can You Filter Salt Water to Have Enough Water Supply?

Did you know that 97% of the water in the world are salty? That means that freshwater comprises only 3% of the total water supply  on this planet. What is more interesting is that 2% of the world’s water, fresh water supply is frozen as glaciers in the North and South Poles. Hence, the remaining 1% of our world’s fresh water supply is solely responsible for meeting all the needs of humans living on this great planet.

No wonder many places in the world have started to face a water shortage. Which then begs the question—Can You Filter Salt Water to Have Enough Water Supply?

Can You Filter Salt Water? The Different Processes:

Salt water can be filtered to get pure and fresh water, and it filtered by small as well as large industrial companies around the world. The process is basically called desalination, which is the removal of salt from the water. If we evaporate water, salt gets left behind. Those vapors when  separated from the salt become condensed and then turn into usable water.

This is the basic principle behind the entire process, but there are many ways to do achieve this process. Let’s take a look at some of the most common methods used in the world today.

The conventional salt filtration methods are simple but time-consuming. Hence, not at all optimal for everyday use because you would not get very much water for your efforts. Nonetheless, one way to do so is to pour the salt water into a pot. Then, place a glass in the middle of the pot. Now, put the lid upside down with the knob or handle going towards the glass.

Position the pot on top of a stove, introduce heat, and let the content boil. You will see that as the water gradually boils, vapors will condense on the lid. Then travel down into the glass. The collected water is fresh, free from salt, and clean.

There is another way that is very similar. What you will do is place the water in a bowl and place another bowl or cup in the middle. You can cover the setup with a thin plastic wrap. Place a stone or any other weight in the middle. Leave this bowl in the sun and make sure the weight is not too heavy. This will take many hours, but gradually, the water will evaporate and condense on the wrap.

Eventually, collecting into the cup in the center. This is the simplest way of doing it and the results are good enough but not practical. Both of these ways of filtering the salt from the water are effective. Can You Filter Salt Water to Have Enough Water Supply? Probably not.

One modern process of producing safe drinking water from the seawater is called distillation. Distillation is sort of a scaled up version of desalination, and the principles are basically the same. However, this process is done on a very big scale using a lot of salt water.

To do so, the water is first heated in a chamber where it turns into vapors. Leaving behind the salt and other impurities. The vapors are then transferred to a different chamber where the temperature is brought down to a lower temperature. Thus, the vapors then turn back into liquid form. As a result, clean unsalted water forms in this new chamber.

This kind of distillation can be pretty expensive as you need a lot of energy and fuel. Some countries, especially those that have a lot of desert terrain and do not have an ample supply of fresh water have large-scale distillation plants. It then takes ocean water and turn it into drinkable water. Can You Filter Salt Water to Have Enough Water Supply?

Because of the high processing costs, this method would not really be an ideal solution for filtering water for the everyday use of millions of people.

Reverse osmosis is another modern process of desalination, and it follows forward osmosis, in that; it introduces a hydraulic pressure that forces the water to pass through a very thin semi permeable membrane very smoothly. The density is what does the trick, but pressure makes it even more impactful and speeds up the process. The filters, then collect the water and any other contaminants so that pure water is produced.

This is also the process used in removing impurities and contaminants in wastewater. On an industrial scale, very small tubes in the range of hundreds are used. With the help of pressure, the water passes through the tubes. Next, the different layers of filters collect the salt and other contaminants.

This process is then repeated a few more times until the water becomes drinkable. This kind of plant can clean up many gallons of water in a single process and is less costly than distillation. Can You Filter Salt Water to Have Enough Water Supply? The answer is probably yes.

Filtering out water conventionally through stoves and bowls is time-consuming and impractical. Also, not everyone may have access to big distillation or reverse osmosis plants. Thus, filter manufacturers have come up with a viable solution for people who may need to turn salt water into a drinkable, clean form of water in their home. They have produced portable desalination kits that are inexpensive and do not require a lot of energy.

You can find many of these devices online that employs the same techniques as those described above for large-scale filtration. Some even use solar power to boil the water for condensation. So that in the long run, there is no need to supply heat by burning fuel.

There are also hand-powered devices that are designed to be used on boats. In fact, there’s a lot of models that are specifically designed to be used in case of emergencies. Like, if you are stranded on the sea, such a device can help filter out the salt. Which then give you enough water to survive until some help arrives.

The water shortage is a real problem in many parts of the world. Besides, people are looking for sustainable ways to supplement water supply. Desalinating seawater could be one way to go about it as there is plenty of seawater in the world.

For years, distillation and reverse osmosis have been the most common ways to filter out salt water. In fact, more than 120 countries already have distillation plants. These water plants are helping them meet the water needs of their citizens, but that comes at quite a cost. Now, companies are producing scaled down, portable versions of these processes so that people can use it at home. Nonetheless, can you filter salt water inexpensively to sustain the needs of a lot of people? Probably, yes, but this will happen sometime in the probably near future. When we discover an even better, cost-effective way to do so.

What Does Purifying Mean: Interpretations and Methodology

What Is Filtered Water: The Purest Way to Drink Water